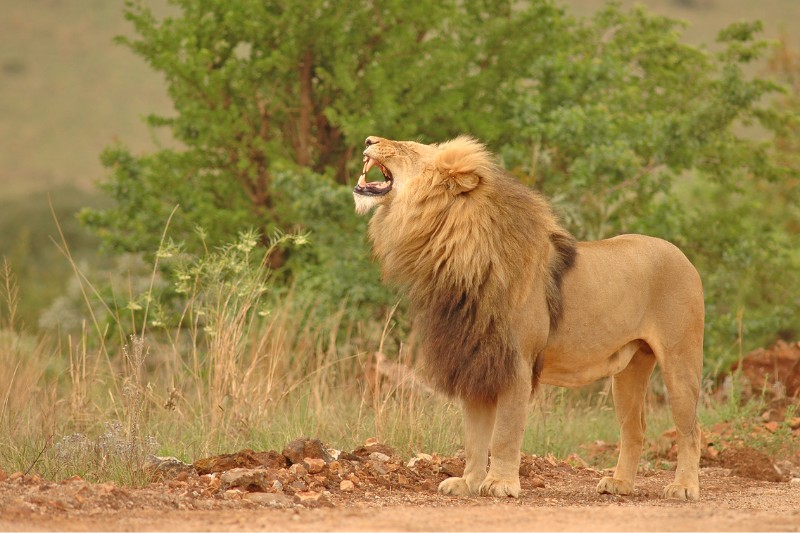 Lions are very social animals that live in groups called prides. The lion’s roar is a primal way to assert dominance and scare off any intruders. The guttural sound acts as both a warning for potential danger or harm, and  as an assertion of power among other males.

Why Is the Lion’s Roar So Scary?

The lion’s roar is so loud and so deep-toned, that it echoes over long distances and can be heard even in a noisy jungle environment. With a roar, a lion can communicate with other lions over several miles and easily overpower the sound of any other animal. Its intimidating message is amplified when it reverberates through its large maned head, making it even more powerful.

Moreover, the lion’s roar is associated with fear of danger for both predators and prey. The primordial sound is so frightening that it makes other animals run away in fear.

It is an undeniable sign of power in a lion’s territory, and it serves as both a warning for potential danger or harm, and an assertion of dominance among other creatures in the wild. They’re the king of their domain, and they know it.

How Far Away Can You Hear a Lion’s Roar?

Even in the chaotic and noisy rainforest, a lion’s booming message can be heard up to 5 miles away. According to research, lions are more likely to roar loudly when the wind is not blowing too hard, it’s cooler outside, and there is more moisture in the air. This allows their message to travel further, and more powerfully.

How Do Lions Produce Such a Loud Roar?

A lion’s large vocal folds allow it to make a low, guttural sound that carries for a few miles. They have evolved to produce a low frequency sound that other animals find loud and intimidating.

The lion’s roar has been a part of our mythology for centuries. Its mysterious and powerful sound is both an assertion of dominance and warning for danger, which is why it continues to be mystifying and intimidating even today. Truly, the lion is the king of the jungle, and its roar is just one of the factors that make it so.