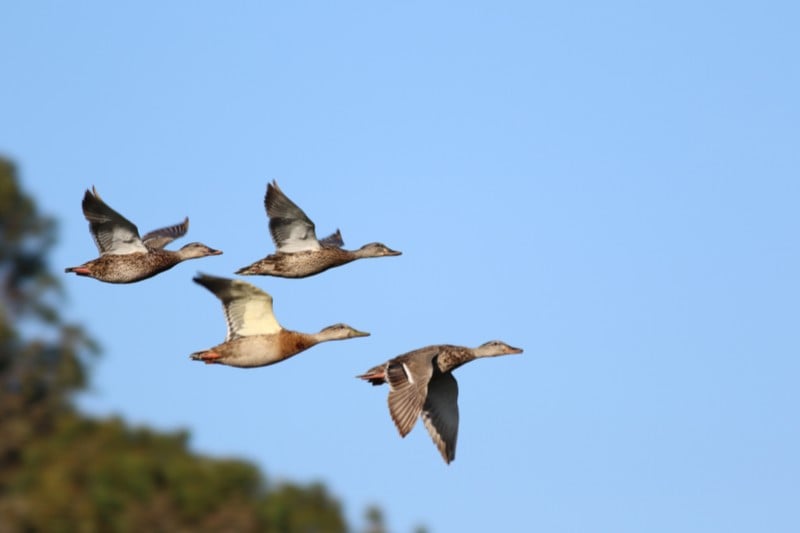 Although flying has become a rarity among domesticated duck breeds, there are some exceptions like Muscovies, Calls, East Indies and Mallards. Not all ducks can fly, however, and the soaring capabilities of ducks vary depending on the breed and its environment.

The primary reason some birds cannot take flight has to do with how much they weigh. Pekin ducks are too heavy to fly because they are fed a diet that makes them gain weight, making it impossible for them to take off from the ground. Pekin ducks that are smaller and lighter might have the ability to take short flights, but they cannot fly as high as mallards.

How Do Soaring Ducks Fly?

The ten longest and stiffest feathers on a duck are located on its wings, farthest from the body, called primary feathers. These are essential for flying, and domestic ducks who are not allowed to fly for food and breeding purposes have had these feathers clipped.

What Breed Can Fly The Highest?

Scientists have seen a brown and orange duck that is comparable in size to a mallard has been seen flying as high up as 6,800 meters just to cross the Himalayas.

Using satellite data from 15 of the birds, researchers at the University of Exeter achieved the discovery, which elevates the ruddy shelduck to the status of highest-known flying duck.

Though the ability to fly among different duck breeds varies, it is clear that ducks are capable of flight given the right conditions. Therefore, while some may not be able to make long distance journeys like their wild counterparts, they can still take short flights when necessary.