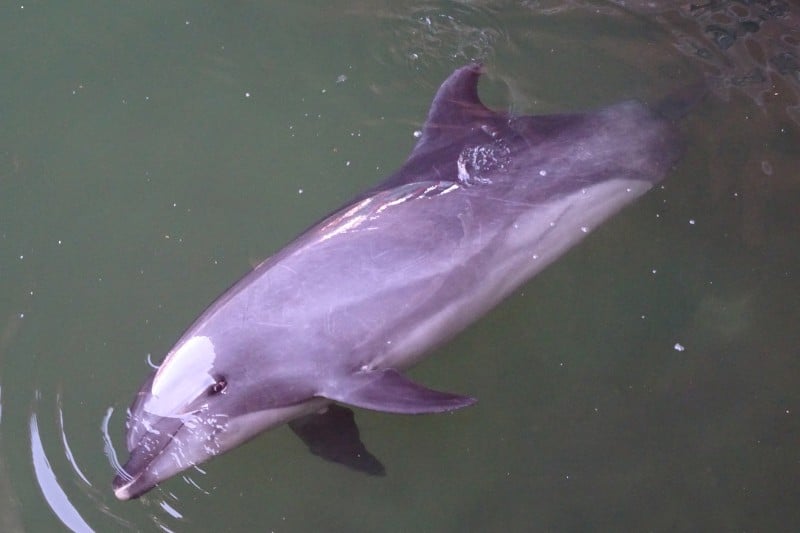 Unlike humans who can sleep through the night, dolphins must come up for air so their sleeping patterns are very different from ours. When dolphins sleep, they take turns resting one side of their brain at a time by closing the corresponding eye.

For example, the left eye will be closed when the right side of the brain is asleep. Dolphins usually sleep close to the surface of the water, either staying afloat still or swimming slowly. When dolphins are in shallow water, they will sometimes sleep on the ocean floor and rise to the surface regularly to take a breath.

What Happens When a Dolphin Completely Loses Consciousness In Their Sleep?

If dolphins slept as deeply as we do, they would die due to a lack of oxygen — resulting in drowning or suffocation. Dolphins must stay partially awake at all times to keep one half of their brain functioning and aware of dangers in the water.

Why Do Dolphins Sleep With One Eye Open?

Unlike humans, who need both eyes to close in order to fall asleep, dolphins sleep with only one open eye. They do this so they can be aware of their surroundings and react quickly if necessary. This also allows them to stay alert for potential predators, detect changes in the environment, and remain conscious enough to come up for air when necessary.

Due to the fact that just one brain hemisphere rests at a time, this type of sleep is referred to as unihemispheric sleep. Unsurprisingly, dolphins are not the only creatures who sleep in this way — other species of marine animals such as seals, crocodiles and whales also practice unihemispheric sleep.

Their unique sleeping pattern allows them to remain alert while also getting some much-needed rest, allowing them to stay safe in the deep waters of our oceans. These clever mammals are one of the few species who can stay alert and aware even when sleeping. While dolphins may seem like they never rest, we now know that they are able to get some shut-eye without being vulnerable in the deep waters.