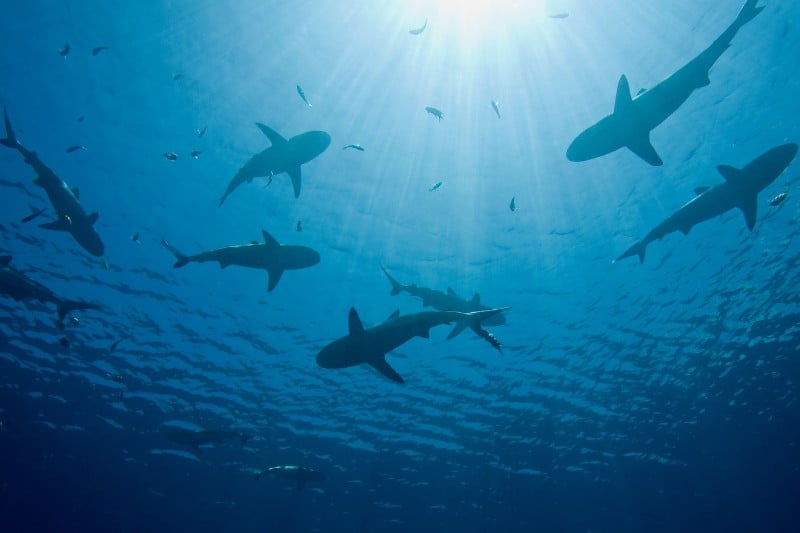 Every species has an optimal temperature range, be it in the tropical waters or near the North and South Poles. Most sharks prefer warmer temperatures, though some–such as the great white and thresher shark–can endure colder climates. Sharks use their environment’s temperature to regulate their own body temperatures and be able to find food.

Why Is Water Temperature So Important to Sharks?

Generally, sharks have the same body temperature as the water around them.Surrounding water temperature actually has an impact on a shark’s daily routine, such as swimming and hunting. In general, sharks are more active when the water is warmer.

As ocean temperatures continue to rise, this could create future challenges for sharks. This is why it is important that humans take action to help curb global warming and protect our oceans, so that sharks and other marine species can continue to thrive.

How Do Sharks Adapt to Cold Water?

Of the many shark species in existence, five of them have warm blood or endothermic capabilities. The members of this family have an uncanny ability to raise their internal body temperatures. They do this by regulating blood flow through a sophisticated network of heat-retaining vessels near their muscles.

Most sharks, similar to most other fishes, have cold blood, or are ectothermic. By matching the temperature of their surroundings, they are able to adapt to cold water.

Not all sharks are the same, and their comfort level in cold or warm water often depends on the species. With that being said, most sharks prefer warmer waters. Changing temperatures can have a dramatic effect on the behavior of these creatures, and it’s important for us to remember this when managing our oceans.