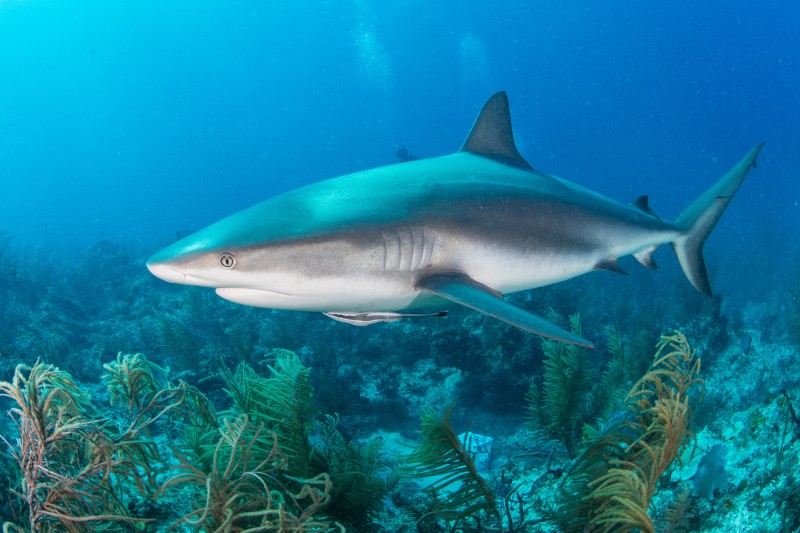 A popular belief is that if sharks stop swimming, they will sink and drown. This is only true for some species – it all comes down to the breathing techniques used by the shark.

A few species of sharks, such as the great white shark and whale shark, need a strong current flowing towards their mouths to avoid suffocation; without this water movement, they would eventually drown.

What Breathing Techniques Do Sharks Use?

Unlike humans who need lungs to breathe, sharks get their oxygen from water. They use their gills to both filter oxygen out of water and get rid of carbon dioxide in their bodies. The gills act as a filter for the water, allowing oxygen to enter the bloodstream and be circulated throughout the body.

Sharks use two methods to breathe while in water: swimming and moving through the water naturally forces water over their gills, or they hold water in their cheeks then pump it back over their gills. This second method allows them to remain stationary on the ocean floor without drowning, which is also called buccal pumping.

What is Buccal Pumping?

Buccal pumping is a method of water circulation where the mouth opens and closes to push water over the gills. Some sharks have a specialized opening behind the eyes called spiracles which helps pump water over the gills, keeping sand or any other small debris from entering.

It is true that if a shark stops swimming indefinitely, they will eventually drown. The amount of time it takes for them to drown depends on the species; some species can stay stationary in water for long periods of time due to their specialized breathing techniques such as buccal pumping.