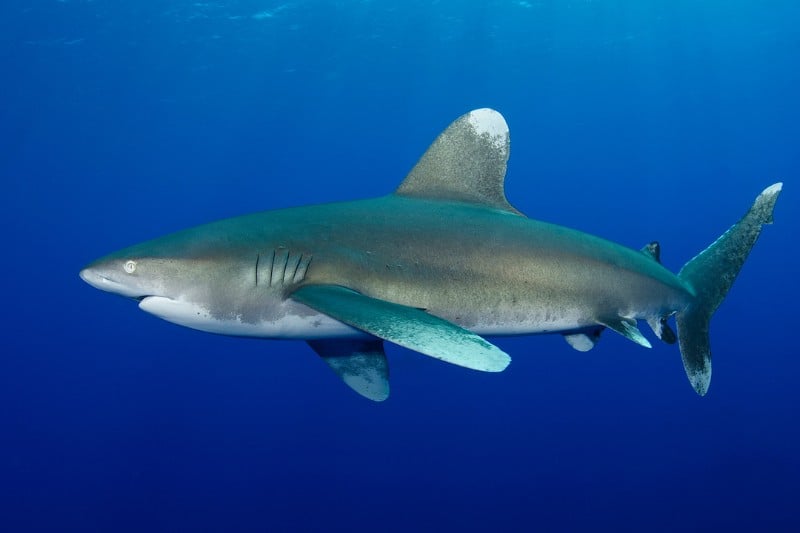 Just like any other animal, sharks have to eat in order to stay alive–and that means something is going to exit their body from the opposite end. Much like other animals, they defecate in short spurts as needed.

Shark poop is mostly liquid, but there can also be some solid waste. When you see a shark excrete waste, it looks like a dramatic cloud of color in the water. This type of bacteria usually appears as yellow or green plumes.

The color of the poop is a result of the digestion process, where broken-down muscle and blood pigments from the shark’s food mix with green bile. The depth of the water where a shark is pooping might affect the color you see.

How Do Sharks Poop?

After the shark digests its food in the spiral intestine and colon, what is left passes to the rectum. The poop is expelled into the sea through cloaca when it’s time to release. Scientists have observed sharks exhibiting odd motions with their bodies while they defecate. The rationale behind this is that the amphibious movement will help to push the feces out of their system.

How Often Do Sharks Poop?

Sharks eat a lot, so it’s no surprise that they poop a lot, too. There are no specific studies to provide exact frequency, but the amount of waste produced by the shark can also be influenced by how much food it needs and the type of food consumed.

What Happens To Shark Poop Underwater?

Shark poop is essential for food sources and has been shown to provide support to coral reefs by transferring an adequate amount of carbon, minerals, ,and nutrients from off-shore waters. Though it may not seem like it, shark poop is actually essential for the nutrient cycle in the ocean and can give researchers a lot of information about their health.

So despite what some people think, sharks do poop. It may be hard to see in the murky waters of the ocean, but shark waste is a necessity for maintaining healthy ecosystems. Ultimately, this helps support coastal and marine life which is essential for our planet.